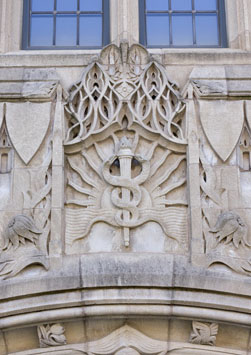 From its construction in 1930 through the first year of coeducation, what is now Leigh Hall housed the Department of University Health. Despite the presence of women on campus throughout its existence, the DUH offered no gynecological services until the fall of 1969.

A December 29, 1969, letter from Dr. Virginia Stuermer to Dr. Frederick C. Redlich (Dean of the School of Medicine) voiced some disappointment regarding the “inadequate” offices given to the department with “no bathroom” anywhere nearby. Dr Stuermer wrote: “As a Yale faculty member, I am disappointed in the lack of planning for health services for women. As a physician, I am stunned at being asked to function at a level far below my capacities because of lack of equipment. As a woman, I am appalled at the cavalier attitude toward the women students.” 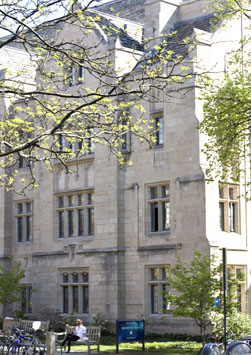 After Yale University Health Services regrouped and relocated to Hillhouse Avenue in 1970, they upgraded gynecological facilities and equipment, added obstetrical services, and brought a larger staff on board.

When this building was renovated in 2001 as part of the School of Music, it was named for Abby Leigh and her husband Mitch Leigh (BA 1951, MM 1952). Abby was a renowned painter while Mitch was a composer, producer, and director.