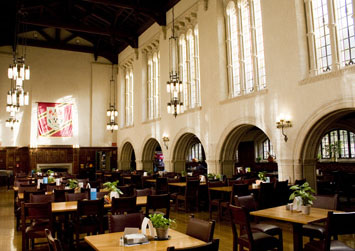 In November of 1968, Yale President Kingman Brewster stood in the Trumbull Dining Hall in front of over 400 students and other interested parties, including women who had driven down from Vassar to hear the announcement. He was confident that the students would rally behind the coeducation plan already approved by both Corporation and Faculty. Coeducation would happen by the next fall if housing could be found for the women. Because Trumbull was small and had been at the forefront of the fight for coeducation, Brewster explained that the Trumbull residents would be expected to cede their rooms to the new freshwomen and move into entryways in other colleges. The Dean of Yale College explained to the Yale Daily News that, if they agreed to Brewster’s plan, the Trumbull men would have “first crack at the women.” All hell broke loose. By the end of the four hour meeting, Brewster had admitted defeat and agreed to listen to an alternative plan offered by the students. In the end, most of the 250 freshwomen were housed in Vanderbilt Hall on Old Campus and the 380 transfer students were distributed equally among the colleges. 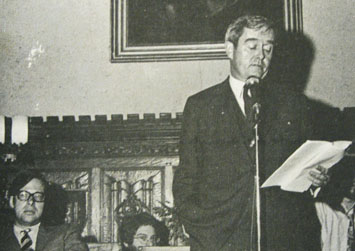 Another part of Brewster’s plan would have involved another first for women at Yale: he proposed appointing the first woman master in Yale history: Assistant Dean of the Graduate School Elga Wasserman would serve as Master of the all-female Trumbull. After the dining hall defeat, Brewster instead appointed Wasserman Special Assistant to the President on the Education of Women and put all decisions concerning coeducation into the hands of Wasserman and her colleague, Sam Chauncey. Instead of being restricted to guiding roughly 250 women, Wasserman proved pivotal in guiding Yale’s entire student body, faculty, and administration through the first few years of coeducation.