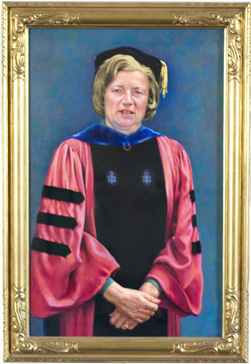 Upstairs in the Woolsey Rotunda hang the portraits of three women who served as Yale’s Provost, the chief educational and administrative officer of the University after the president. From left to right, they are Alison Richard, Susan Hockfield, and Hanna Holborn Gray.

In addition to being Yale’s first female Provost, Hanna Holborn Gray became acting president for one year in 1977, the only woman to hold that position to date. Many thought it Yale’s loss when Gray was not chosen to be president—after all, according to then Secretary of the University Sam Chauncey, she was considered the “most distinguished woman in the academic world” and “about as Old Blue as you could get.” She left Yale to become the President of the University of Chicago, a position she held for 15 years.

President Richard Levin, who served on the Yale faculty since 1974 and as Dean of the Graduate School before becoming President in 1993, has earned a reputation for promoting women into top positions. Professor Alison Richard—now Dame Alison Richard—served as Provost from 1994 through 2003, when she became Vice-Chancellor of the University of Cambridge. Professor Susan Hockfield served as Provost for only a year before becoming the first female president of the Massachusetts Institute of Technology. 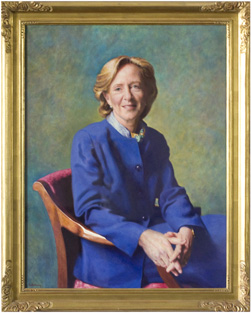 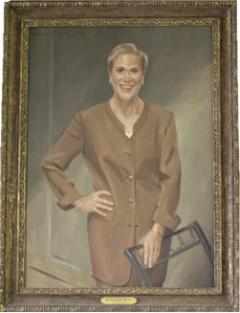 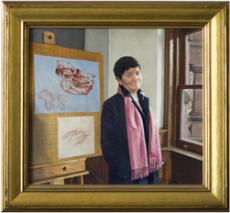 Today, women preside over four of the eight Ivies. The portrait of Judith Rodin, who left the office of Provost at Yale to become the first female President of an Ivy—the University of Pennsylvania, where she presided until 2003—can be seen in the Hall of Graduate Studies, Room 211.