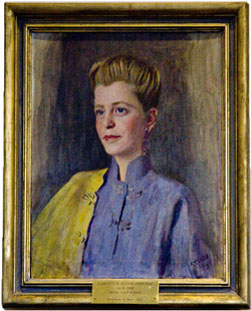 The first advocate on record for co-education at the Yale Law School was George S. Sill (BA 1852). In 1872, in a letter to the Yale Corporation on behalf of a woman he wished to employ in his law firm, Sill wrote: “Are you far advanced enough to admit young women to your school? In theory, I’m in favor of their studying and practicing law, provided they are ugly, but I should fear a handsome woman before a jury.” The Corporation never responded.

In 1885, anxious whispers passed down the registration line at the Law School when a certain A. R. Jordan was spotted. Jordan had used initials to avoid exposing that she, Alice Rufie Jordan, was a woman. When the registrar balked, Jordan argued that the catalogue did not specify the gender of the student body. The Law School admitted her. Although the Yale Corporation refused to print her name in the Catalogue, she continued her studies and received a degree. After she graduated, the Corporation quickly added a clause that specified classes were open only to males unless otherwise indicated.

Members of both sexes were officially welcomed three decades later after a professor championed a prospective law student. Five women were admitted and Shirley M. Moore was the first to graduate in 1920.

Today, the diverse student body consists of almost half women. Many of the spaces here carry the namesake of philanthropist Lillian Goldman. And six of the 72 portraits hanging in the school display images of female lawyers, judges, congresswomen, and professors who received their degrees as early as 1938—which was the case for lawyer Carolyn Agger —and as late as 1964, as with Congresswoman Eleanor Holmes Norton. Five of these portraits hang in the Alumni Reading Room—and we can hope that space will soon be made for more recent notable alumnae such as Secretary of State Hillary Rodham Clinton (LLB 1973) and Supreme Court Justice Sonia Sotomayor (LLB 1979). 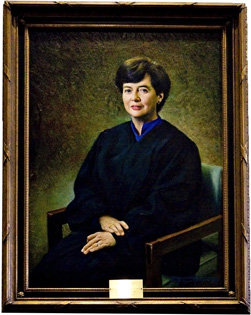 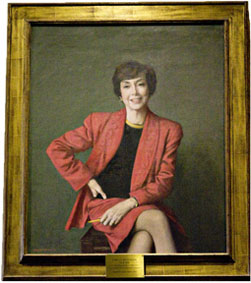 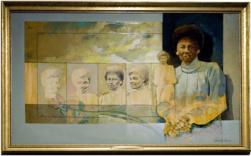