Exhibits at the Visitor Center 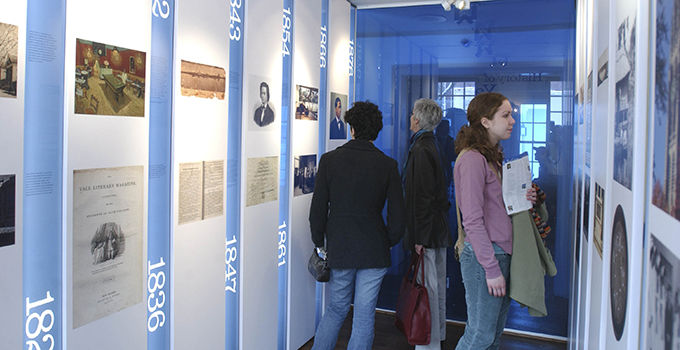 In accordance with Yale University’s policies, COVID-19 vaccination (including booster, if eligible) is required for visitors five and older. You may be asked to present proof of vaccination.

Two exhibits at the Yale Visitor Center offer a timeline of the university’s history and examine the achievements of some of its graduates and faculty, who are leaders around the world in virtually every field.

The timeline begins in 1701, with Yale’s founding by act of the General.

A book-version of the exhibits, Yale: Landmarks and Leaders, was published in spring 2006 and is available for purchase at the Visitor Center. The illustrated timeline of Yale’s history is also available online.